Most cars can use either synthetic or conventional oil except for some turbo engines and high-performance cars that require synthetic oil.

So, what’s the difference?

Conventional oil is a lubricant byproduct of crude oil refinement and although it contains cleaning agents, its largely extracted from natural resources that later gets refined. Vehicles using conventional/ Semi Synthetic oil are recommended to perform an oil change every 4,000 miles. 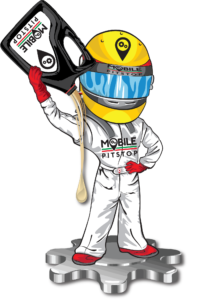 Mobile Pitstop Oil
5.0
Based on 16 reviews
powered by Facebook

Sarah Harris
2019-09-17T17:39:38+0000
Tried them for the first time today and had a wonderful experience! With unexpected 1,000 mile trips, 2 weekends in a row, they were a lifesaver! On time, professional and friendly. I’ll definitely be using Mobile Pitstop Van again!

Brittany Smith
2019-07-25T02:09:38+0000
I highly recommend Mobile Pitstop! We were heading out of town for a weekend trip. The week prior I planned 3 times on taking my suv to get the oil changed after work but something came up every single time. I got on their website around 8:00pm and scheduled for 10:50am the next morning AT MY OFFICE. 🙌🏻 They arrived on time, I handed over my keys, and they went straight to work in the parking lot. I also added the rain-x treatment. Totally worth it! I will definitely be scheduling with them when I’m due for my next oil change! This is a game changer!

Jill Rusk
2019-07-09T20:53:13+0000
There are only a few people I trust with my car. These guys are very knowledgeable and professional! Can’t think of a better win win #Supporttheracers

Amy Ficklin
2019-07-03T22:59:58+0000
These guys are the real deal! Very professional and on time. They did an amazing job and I would highly recommend them. I couldn’t have them come to my home because of my work hours so they came to work while I was there. Great job guys!

Tami Smith
2019-06-25T14:30:07+0000
First and foremost the KINDNESS displayed by Gabby when we communicated prior to the appointment, his flexibility with scheduling and the cost! I will suggest this service to anyone! Has simplified my week for sure! We are going out of town this weekend and, frankly, my procrastination has gotten the best of me and Mobile Pitstop has SAVED MY STRESS LEVEL at least in this regard! Thanks for what you do! Life is busy and it's nice to count on a company who seems to genuinely care!

Allen Barton
2019-06-10T20:49:13+0000
These guys and their business are amazing! I was on a string of overnight shifts and needed oil changes in both vehicles, but also needed to sleep. Mobile Pitstop Van took care of both cars while I slept! I will never wait at an oil change place again! Thanks Gabby!

Douglas Andrew McConnell
2019-05-20T15:10:46+0000
They came to my job site and serviced 3 vehicles. Very professional and fast! Could not be more friendly and convenient! Thanks guys!

Meredith Walker
2019-04-25T18:00:30+0000
Incredibly convenient! Gabby and Juan are awesome! I will definitely be getting my oil changed with Mobile Pitstop Oil going forward! 🏁🏎

Nick Chouteau
2019-04-18T18:24:35+0000
What a convenient, fantastic way to have service done on my car! Extremely professional, quick and efficient oil change and service at an outstanding value. Will definitely be using them again!